ANALYSIS Negotiations on nuclear disarmament often focusses on non-proliferation, while the Global South and many young people often stress disarmament and power imbalances within the international system and nuclear narrative. Based on different security concerns, many countries, like South Africa and Brazil, build their security without relying on nuclear weapons, hoping for a way to a world free of them.

Challenging the narrative of nuclear disarmament

“My views and perspectives around the global nuclear order are very much shaped by my background”, says   Hessman Dalaqua. As a young Brazilian political scientist, Renata could see that there was a lot of emphasis in other countries on non-proliferation, while the Brazilian position was very much strengthening the disarmament aspect of the bargain of the non-proliferation treaty (NPT).

Renata clarified that this is because the diplomatic tradition in Brazil is strong and emphasizes fairness and justice, which resonates with the debates around the NPT and other UN treaties on nuclear disarmament, such as the Treaty on the Prohibition of Nuclear Weapons (TPNW). Renata stresses that the basic questions of justice made her very aware of the power imbalances that exist within the international system and the narrative of nuclear disarmament.

Brazil is another example of a country that said no to nuclear weapons, which again demonstrates that it is possible to address international security concerns without relying on nuclear weapons.

Strong emphasis on disarmament in the Global South

Countries that are pro-disarmament, namely in the Global South, don’t get enough representation in various global governance decision-making processes in the disarmament space.

Building on this notion, Renata adds, “I think South Africa, Brazil, and other non-nuclear weapons countries have a strong agency, and they have been able to show that through multiple initiatives.” Providing some concrete examples, Renata explained that, “South Africa and Brazil are part of the New Agenda Coalition (NAC) that has played a very important role in NPT negotiations and in the nuclear regime, more broadly”. The NAC, formed in 1998, is an effort between the foreign ministries of Brazil, Egypt, Ireland, Mexico, New Zealand, and South Africa to call for a new disarmament agenda, with an emphasis on multilateral negotiations and using international law. Today, the NAC still plays an important role operating as a ministerial-level group of states within the NPT framework. South Africa and Brazil are also part of a Nuclear-Weapon-Free-Zone (NWFZ), which plays an important role in the nuclear disarmament architecture.

South Africa and Brazil were also part of the core group leading the negotiations of the TPNW. The TPNW is a UN treaty that came into force in 2021 that calls for the complete abolition of nuclear weapons. Therefore, states that have ratified the treaty cannot develop, test, invest in, produce, acquire, possess, stockpile, use or threaten to use nuclear weapons. The TPNW takes inspiration from Article 6 of the NPT, but furthers it’s disarmament goals.

Considering all this, Renata stated that, “I think we have multiple examples to show the agency and the impact that countries like South Africa and Brazil can have in the international space”. She also highlights that South Africa and Brazil have a lot in common as they have been trying to make progress within the disarmament space through various initiatives, and should not be underestimated on the political stage when it comes to such issues.

On gender and nuclear disarmament

Renata explained that the exploratory nature of the gender and disarmament field has led to, and is leading to, more innovative approaches and ideas within the disarmament and security arena.

Studies repeatedly show that security forums, such as the UN’s First Committee that deals with security, are still behind the curve when it comes to who gets to participate in disarmament diplomacy. For example, Renata shared that only one out of three disarmament delegates are women, and only 20% of delegations are led by women. Therefore, Renata outlined that we see this disparity at disarmament conferences where it is mostly men who get to speak, in an agenda defined by men and stressing technical matters more than social and human dimensions. Furthermore, Renata asserted that, “you can attend today, in 2022, a session on the conference on disarmament and not hear a single woman speak.” Thus, Renata emphasized that fact that such imbalances are still very much present.

Participation in defining the narrative and part-taking in negotiations is key as it is the very first entry point for women, and other groups, in any field.

Renata also turned to the studies of survivors of nuclear radiation exposure, wherein women are more likely to develop and die from various forms of cancer than men  . The impact of nuclear radiation also has a lot to do with how women’s bodies are perceived in society, which leads to how they have been, and are to this very day, stigmatized. For example, women face more social stigma after being exposed to nuclear radiation, being viewed as ‘contaminated’, and thus not suitable for marriage, or having children  .

The third area Renata explained was the different multilateral agendas. For example, the United Nations have a Women, Peace, and Security agenda which looks into both involving and protecting women in conflict, where their needs and considerations are included in post conflict rebuilding and delivery of services. Renata stated that connecting the dots between multilateral agendas, as well as policy coherence, can make a significant difference, on the ground, in the way UN and international actors deliver their services. Therefore, Renata underlined that participation and representation, perception and impact, as well as examining multilateral agendas, are key in examining the gender peace and security field.

Even though UNIDIR, and experts like Renata, do evidence-based work, are highly educated and qualified people, it is still tough to integrate gender in agendas such as disarmament. Thus, there is still a lot of work and convincing to be done in regard to more gender and Global South inclusion within the nuclear disarmament space. 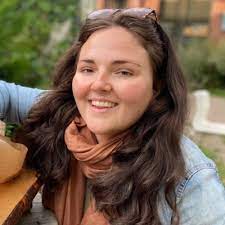 Michaela Higgins Sørensen, master on Development and International Relations with a specialisation in Global Gender Studies at Aalborg University, Denmark, and works in the gender, peace, and security field, as well as the gender and development field.

For more information on UNIDIR’s work on gender and disarmament, visit their Gender and Disarmament Hub