ANALYSIS Plenty of studies highlight risks and security challenges in relation to climate change. Florian Krampe, a researcher at SIPRI, highlights that we must nevertheless avoid the singular focus on risk. We must also, he argues, put opportunity and peace back at the center of environmental peace and conflict research and practice.

In a recent article for New Security Beat, Colin Walch made the case that the abandonment of some communities in Mali to deal with climate change on their own has created “fertile ground” for jihadist recruitment. In a similar argument, Katharina Nett and Lukas Rüttinger in a report for adelphi asserted last month that “large-scale environmental and climatic change contributes to creating an environment in which [non-state armed groups] can thrive and opens spaces that facilitate the pursuit of their strategies.”

These are important findings and relevant studies that point to the multifaceted security risks that result from climate change. They moreover confirm that climate change does not act as a cause of violence, but as a meaningful threat multiplier. But, as I recently argued during a Wilson Center discussion, we also need to move beyond a singular focus on risk.

We need to put opportunity and peace back at the center of environmental peace and conflict research and practice. In fragile states, we need to strengthen our efforts to identify the potential that climate action has to overcome fragility and improve people’s lives, not just focus on threats. This requires both a better understanding of what works on the ground and clear global leadership.

So what builds peace? This was a core question during the Stockholm Forum on Peace and Development this spring during discussions about the Sustainable Development Goals, also known as “Agenda 2030,” and how they relate to peace and conflict. The answer from panelists was unanimous: include local communities in the development processes.

The evidence base for the effect of significant local involvement in climate, development, and peacebuilding projects is substantial. Recent research that pays close attention to the links between socioeconomic, political, as well as ecological processes offers valuable pathways for climate action that could address the threats to people’s livelihoods that terror groups exploit in order to bolster recruitment.

As Walch persuasively shows for Mali, it is the breaking down of local institutional structures that provides opportunities for jihadist recruitment. Research by myself in Nepal, as well as Prakash Kashwan in India, Tanzania, and Mexico, shows that good climate mitigation policies can also build such institutions up, or at least help in the emergence of new local governance structures.

In Nepal, I tested whether the provision of environmental services helps in the facilitation of the peace process after civil war. Looking specifically at climate-sensitive small hydropower projects designed to bring electricity to rural villages, this research showed not only substantial socio-economic successes – e.g. regarding empowerment for women, better access to education, and increased economic opportunities – but an increase in community cohesion and strengthening of local governance structures. The results indicate that climate policies can play an important role in facilitating the growth of local institutions and addressing peoples’ vulnerability and fragility (even if, as in this case, it was somewhat unintentional and raises other political issues).

Likewise, Kashwan shows in his recent book, Democracy in the Woods, that REDD+ forest policies in India, Tanzania, and Mexico depend on the inclusion of local communities to be successful. He argues that “when local people do not benefit, forest conservation efforts tend to be unsustainable.” He moreover points to the important role of institutional architecture and what he terms “mechanisms of intermediation” – that is, venues that help citizen groups, civil society organizations, and social movements engage in political and policy processes.

This may seem somewhat intuitive, but it has important implications for local governance structures. Kashwan argues that state and non-state agencies, including international agencies, can foster and reinforce the responsiveness of government by strengthening the skills of community groups and civil society organizations at the local level. As their capacities for organization and advocacy improve, they are able to better represent their concerns, including during negotiation over natural resource rights, as in the case of inter-ethnic grievances in Mali.

Are We Ready for Yes?

This research offers valuable examples that climate action can mitigate not only the effects of climate change, but have wider impacts that deliver positive returns in all manner of ways, like reducing the opportunity for terrorist groups to recruit vulnerable and marginalized people to their cause.

As SIPRI’s Malin Mobjörk and Dan Smith argue, “this requires clear leadership and explicit institutional change strategies” at the highest levels. For example, as Camilla Born from E3G argues, by providing an institutional home for climate security issues at the United Nations.

At all levels, it is imperative that we emphasize the positive potential of sustainable policies beyond risk assessments, especially for fragile states, where there will always be risks, but great opportunity too. The Environment Strategy of the United Nations Department of Field Support, published in April 2017, points in the right direction as it encourages UN peacekeeping operations “to seek a positive long-term legacy through the development of specific environment-related projects that may benefit societies and ecosystems over the long term.”

The new UN field support policy, the Sustainable Development Goals, the recent  Security Council initiative in the Lake Chad region, and new Secretary-General António Guterres’ emphasis on climate change all raise hope that global governance bodies are realizing the significant threat of climate change and increasingly moving on to the next question: What works? The research, policy, and practice communities need to be ready with answers. 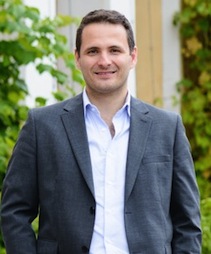 Florian Krampe, PhD, is a researcher at the Stockholm International Peace Research Institute (SIPRI) in the Climate Change and Risk Project. He specializes in peace and conflict research, international relations, and political ecology. Follow him on Twitter @FlorianKrampe.

This article was first published in New Security Beat