ANALYSIS Horrible pictures: washed away cars on the flooded streets of major cities, houses floating, women andchildren trapped, collapsed highways. Trembling voices with screaming words can be heard from the news media of Pakistan. In 2022, the people of Pakistan find themselves, in the midst of several fierce climate-induced disasters that put them in severe food insecurity. The death toll rose to 1500 and hundreds of thousands have only the sky as a roof over their heads (Reuters, 15 September, 2022).

This year, summer arrived in springtime. Heat waves sizzled Pakistan and India, sweated the glaciers -accumulating pools of water in the downward streams hidden in the belly of the northern mountain range. Then the monsoon rain broke all its records. In June Indus River swelled up in anger. As the clock announced September 2, another ferocious flood ran downwards, to test the defence of its own banks as well as that of Pakistan. As if, 2022 is a giant time clock, waking up a 75-year-old elite ruling system and their ever-flexible supporters of bureaucracy. The UN has called it an “unprecedented climate catastrophe”.

Reportedly, in June, a total of 110 districts along the Indus River went under water’s rule. Of these, 34 are in Baluchistan, 33 in Khyber Pakhtunkhwa, 16 in Sindh and the rest in Punjab, Gilgit-Baltistan and Azad Kashmir. Disaster arrested millions of people whose lives and livelihoods are already under the negative effects of a number of other human- and nature-induced challenges.

There are more than what the eye could see, the voice and words could utter.

Evident symptoms of climate change – but no coherent response, so people turn to Fate

As a part of South Asia, people in Pakistan have been living with the symptoms of climate change for a long time. But when they saw that their policy makers were slow to respond to the increased vulnerability of the people, and there are lack of short term and long-term plans, they got worried and turned to fate.

While some efforts are visible in the conscious as well as the developed world, to offset the consequences of climate change through industrial and commercial endeavours, the authorities in Pakistan limit their efforts to actions, such as planting trees. But more trees are cut down than planted.

Pakistan developed its National Disaster Framework in 2007 and the Ministry of Climate Change was formed in 2012. But this is not enough. Pakistan needs to formulate a coordinated and well-planned management policy for climate change and food security.

However, today authorities focus more on financial management that is heavily dependent on loans, because with it they can avoid any reforms that change the system, thus avoiding much-needed tax reforms, which can help the country build a sustainable path of the economy. It also explains why people are reluctant to follow actions expected from them by the system, which they think, is not fair and just.

Ali Tauqeer Sheikh, a Pakistani expert on climate change and development spoke at length in his article titled ‘Unprepared for climate change” published in Dawn (July 2022).

The climate is one of the many fires burning Pakistan, and the list is not short: polarized societies, a political economy, a long history of military rule that has maintained power and control over democratic governments, harbouring extremist groups, Baluch Insurgency and more. Since its creation, the country’s trajectory of religious intolerance has always been negative. The Taliban dictates terms to its ruler class. Worse, Pakistan’s Army- the billion-dollar uniform empire’s motto is: (Iman, Taqwa, Jihad fi sabilillah) – faith, follow the right path, and jihad for the sake of Allah. Sharia courts in Pakistan have the power to review all laws for conformity with Islam and declare any offending laws invalid. References to Islamic principles can be found in rulings as varied as due process in administrative law, the enforceability of contracts, and even environmental regulation.

In spite of repeated and extensive food insecurity, formal finance in agriculture does not exist and banks lack the capacity to manage such finance. Thus, food production has been affected and recent disasters have made it worse.

Food shortage in rural areas is severe and reasons behind it are lack of commitment, proper planning and management. If the government is to succeed, it must have a short- and long-term plan and ensure that people; females and males, get the education, and stand for climate and food security. Only with the active equal participation and recognition of both women and men, the country can combat the crises that have accumulated. Participation means for example, stopping systematic destruction of the arid land and the wooden trees replacing it with so called construction for settlement of an ever-increasing population, creating an informed population for planned family, etc.

And this is the hardest part as the existing trends have already taught people to be fatalistic and accept that life in heaven will be better.

Food and climate problems of Pakistan also affect the pastoral livelihoods in neighbouring Afghanistan, who are already war-torn, poor and don’t even have enough orchard to support their own livelihood. Reportedly, (Dawn August 31, 2022) food trucks crossing from Afghanistan to Pakistan have increased already stressed food supplies and living costs for Afghans

Like in all South Asian countries, women and girls of Pakistan play important role in food production and processing sector. The influence of Sharia-Islamic law is an important element of its tribal customs and the traditional court system that governs the life and livelihood of women. In 2022 alone, an estimated 470 cases of honour killings were reported by Human Rights Commission. Women’s participation and recognition of their contribution to progress require strong political will and support from all sides.

The Global North, causing 92 percent of global emissions must pay for climate change in the Global South

With the current climate situation in Pakistan, the question arises again, are countries like Pakistan to blame for climate disasters occurring? Who should pay for the losses? The Global North accounts for 92% of global emissions across the planet’s borders. Confusing and vague policies of the world on climate change have had little success in curbing greenhouse emission levels. The result is rising global warming which is dragging the earth to final moment of destruction. The quality of life in the North costs millions of lives in the South. Renewable energy, more equitable, and concerted efforts can be one solution to it, suggests experts. 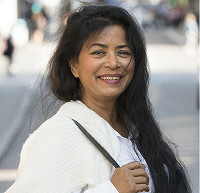