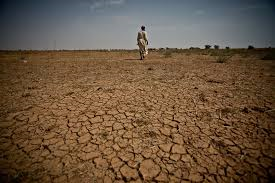 ANALYSIS The Sahel region has been suffering the consequences of multiple conflicts for a long time. Current humanitarian disasters were not unexpected, they were predetermined. Various underlying causes, such as cultural disputes and unstable food production as a result of climate change, have long contributed to multiple and complex conflicts. Sahel is a tragic example of how inaction, despite repeated warning signs, leads to escalating conflicts and humanitarian disasters. The article is available in Swedish here.

The security situation in the Sahel region continues to deteriorate

The Sahel has long been one of Africa’s most vulnerable regions. It is a border zone that consists mostly of Savanna and spans eastward over more than three million square kilometres, from the Atlantic through Senegal and all the way into Sudan. The region includes parts of Mauritania, Mali, Burkina Faso, Niger, Nigeria and Chad. For a long time, drought and conflicts between different groups in the area has affected the population.

Several conflicts are ongoing in the region; these are further aggravated by the annual droughts in the Sahel which exposes its peoples to increased vulnerabilities. Over the past two years, armed groups have increased their attacks in parts of Burkina Faso, Mali and Niger. In the last two years alone, 1.2 million people have been displaced as a result of increased attacks between armed groups in parts of these three countries. The ever-increasing violence between different groups has displaced thousands of people and caused an increasing number of civilian casualties in Burkina Faso, Chad, Mali, Mauritania, Niger and Nigeria.

In a previous article on the region, I wrote how Burkina Faso was previously regarded as one of West Africa’s more peaceful nations, but that the unstable situation in neighboring Mali soon spread across the border. In 2015, cross-border attacks began to take place. Despite the government’s efforts to counter the attacks of armed groups, the security situation continued to deteriorate, especially in the northern parts of the country. Since then, the Government of Burkina Faso has not only failed to protect vulnerable communities in the country, it has also contributed to the population’s deteriorating safety.

In recent years, authorities in Burkina Faso have lost control of over large parts of the country to a growing number of insurgents and armed groups. In 2019, attacks on civilians increased dramatically, which in turn has caused the number of internally displaced people (IDPs) to triple. Growing unrest in the area and the increased number of refugees limits the ability of UNHCR and other actors to reach vulnerable areas with much-needed humanitarian assistance needed.

Along with IDPs, the arrival of new refugees from other countries in the region that have made their way to Burkina Faso has had an important impact on access to clean water supplies, health services and education. Thousands of asylum seekers fleeing the escalating violence in Mali have reached Boucle du Mouhoun and the northern parts of Burkina Faso, increasing the strain on already limited resources and basic infrastructure. The growing numbers of refugees also puts increasing demands on UNHCR’s resources and affects the ability of humanitarian actors to assist those most vulnerable. Several of the refugee camps in Burkina Faso are informally established, which means that many refugees remain unregistered.

Small children are the largest victims

The situation in Burkina Faso, Mali and Niger has a devastating impact on children’s survival, education and development. The UNICEF’s report Crisis in Central Sahel from January 2020 estimates that in the last year, over 600,000 children in the Sahel have been forced to flee their homes because of armed conflicts and other security-related issues. Children and their families fleeing from conflicts run a great risk of being subjected to violence, exploited and recruited to armed groups.

Growing uncertainty in the region has also aggravated already existing vulnerabilities, including high levels of malnutrition and a lack of clean water and sanitation facilities. UNICEF estimates that around 5 million children in Burkina Faso, Mali and Niger will need humanitarian assistance in 2020. That is almost one million more than in 2019.

Evidently, Burkina Faso has not only come to share Mali’s fate, a previously voiced concern, but has, together with its neighbor, become part of a shared humanitarian disaster.

Drought due to changes in the temperature has intensified conflicts over scarce resources. As a result of this, the Sahel region has long suffered the effects of unstable food production and intercultural conflicts warring for dominance over shrinking pastures. These underlying causes of the ongoing conflicts in the region are now intensifying. Since the drought in 2012 that led to widespread famine in the region, more than 33 million people in the Sahel are still estimated to be without a reliable food supply. The UN estimates that about 80% of Sahel’s agricultural land is destroyed, while the rainfall in the region is unpredictable and the temperature continues to rise about 1.5 times faster than the global average, all of which undermines food production. The shortage of food is also worsened by continuous population growth.

Weak borders have also contributed to the spread of conflicts in the region, something which favours the arms and drug trade. This is exploited by insurgents and criminal networks that have flourished in the Western Sahel as a result of weak state authorities.

The complexity of the crises in Sahel limits the of regional governments and international actors to respond effectively to the violence. Despite some progress as a result of international and regional efforts in the Sahel, armed violence is steadily growing.

In sum, underlying causes such as food insecurity as a result of climate change have long contributed to several multifaceted conflicts in the area. Sahel is therefore a cautionary example of how various unstable factors in one area results in devastating humanitarian disasters that affect entire regions. Sahel is also an example of the result of failing to take measures in the earlier phases despite clear warning signals, measures that could have mitigated the disaster.

Vendela Rupp holds two bachelor’s degrees from the Swedish Defence University in Political Science and International Law and works as a Security Coordinator in the municipality of Botkyrka. She is a member of Mänsklig Säkerhet’s editorial board as well as the Swedish Development Forum’s network for Global Sustainable Peace and Security.