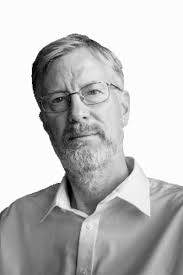 Donald Trump won the US election. While dealing with this shock it is important that we gather our thoughts and look to the future. Dan Smith, Director of SIPRI and professor of peace and conflict, argues that in these difficult times, we must stand firm to defend gains that have been made for peace, prosperity and reducing the damage we do to nature. We can only make a new start towards a better future, if we stick by some core values.

Love or loathe the US election result, it feels like all bets are off. Once again, odds have been defied, opinion polls disproven, and what many people long thought was politically marginal and outside the realm of possibility has become mainstream and a fact. In a world already characterised by growing uncertainty, there is now more: primarily, does he really mean it in practice? Of a few things, we can be sure, however, and to them we must hold tight.

The rise of conservative populism reflected by Brexit and this election has not yet played out. Like the nationalism of the 19th and 20th centuries, it will be contagious. Success is encouraging. Despite its often chauvinistic ways and the indeterminate shape of the political profiles and ideology of its main protagonists, populism in one country will for a while draw strength from the example of another. Those who dislike it had better learn to do better than repetitively squeal with shock.

As the clouds of uncertainty swirl, values matter more than ever.  Let me suggest three. All seem imperilled these days. Number one, facts matter. From Michael Gove saying the UK is fed up with experts (ironic, coming from a former UK Secretary of State for Education) to former US Speaker of the House Newt Gingrich saying that what people feel matters more than facts for describing how things are, there is plenty of anecdotal evidence to sustain concern that we live in a post-fact age.

Well, no thanks. Facts matter more than perception alone. Truth counts more than untruth. Facts are not a value but respect for them is.

Number two, we need more attention to the values embedded in dialogue. Numerous commentators have noted a decline in political civility. Debate has always been about scoring points but it was also about achieving clarity by counterposing differing points of view. Increasingly, political debate has become a shouting match. In dialogue, by contrast, listening is as important as speaking clearly. Sometimes it is even worth listening a little harder to the shouts and jeers. It is time to stand up for something different, grounded on more mutual respect.

And that leads to number three, tolerance. Not just for different skin hue, nationality, religion and sexual preference. But for different points of view. Conservative populism actually makes a very strong point about the arrogance and intolerance of a political elite that is metropolitan and cosmopolitan. It is also true that the spokespeople for populism are themselves part of the elite they excoriate. But that doesn’t let the guardians of the political mainstream off the hook of their own shortcomings. It is a chronic problem in democratic polities. The result is visible in the polarised political worlds of the US and many European countries. Concern about where current political developments are taking us both in national and international politics cannot be blind to the impact of that polarisation on policy and politics. For overcoming it, a more thought-through tolerance will be key.

Which brings me to something underlying all three – not an ethical value but a cast of mind: the propensity to think that thought also matters. The first answer that jumps to anybody’s mind isn’t always the right one. Even if it turns out to be, it will probably be an even better idea if we think it through a bit more. We don’t all have to be experts, we just need to care enough to take some time to reflect about things.

If candidate Trump’s headline-grabbing soundbites about climate change being a Chinese invention, not caring much about alliances, walling up against Mexico, “extreme vetting” of Muslim immigrants (replacing his previously touted temporary ban proposal), and others – drive US policy in the coming years, consequences could indeed be serious. In these difficult times, we only really have a chance to defend gains that have been made for peace, prosperity and reducing the damage we do to nature, and we can only make a new start towards a better future, if we stick by some core values.

Director of SIPRI. Professor of Peace & Conflict, University of Manchester

This post was originally posted at Dan Smith’s blog.